The funeral ceremony of Natalia LL will begin on Friday, August 19, 2022, at 2 pm in the chapel at the Osobowicki Cemetery in Wrocław. By the decision of the President of Wrocław, Natalia LL will rest in the cemetery’s quarters in the Field of Distinguished Persons.

On August 12, a week after the opening of Sleepless in Warsaw in A.I.R. Gallery, NY, we learned that one of the most important figures in Polish feminist art, Natalia LL, passed away at age 85. Her works, which begin the exhibition narrative, are the corner stone of Polish conceptual art, as well as Eastern European neo avant-garde feminist art.

We dedicate a special evening to her memory:
Music/film/photography/performance. Expressions of Feminism to commemorate Natalia LL
September 2 at 6 pm, A.I.R. Gallery, New York
A concert/durational sound environment by New York based Polish artist Monika Weiss followed by a talk with Izabella Gustowska.

Natalia LL’s Consumer Art (1974) video art piece was ahead of its time, becoming one her most frequently analyzed and distinctive works. Photographs from the series are now on view in the Sleepless in Warsaw exhibit curated by Agnieszka Rayzacher, that opened on Saturday August 6 at A.I.R. Gallery and will be on view through September 4. This group exhibit is the last show she was included in while she was still alive.

In the years 1957–63 she studied at State High School of Fine Arts in Wrocław under the supervision of Professor S. Dawski, where she completed her MSc. In the year 1964 she received the Diploma of the Association of Polish Artists Photographers. In 1970 she co-founded the PERMAFO Gallery in Wroclaw. Since 1975 she is engaged in the International Feminist Art movement and took part in various symposiums and exhibitions. Awards and honorary posts: The Kosciuszko Foundation Scholarship, New York, 1977; Commissioner of the I and II International Drawing Triennale in Wrocław, 1978-1981; vice chairman of the IV and VI International Drawing Triennale in Wrocław, 1989-1995; “Verein Kulturkontakte” Scholarship, Vienna, 1991; “PRO-HELVETIA” Scholarship, Switzerland, 1994; from 2004 she was senior lecturer of the Fine Arts Academy in Poznań. Lived and worked in Wrocław.

In May 2007 she was awarded the Silver Medal for „Meritorious Service to Culture Gloria Artis”, and in January 2013 she received the Katarzyna Kobro Award. Four years ago she was honored with the Rosa Schapire Art Prize. 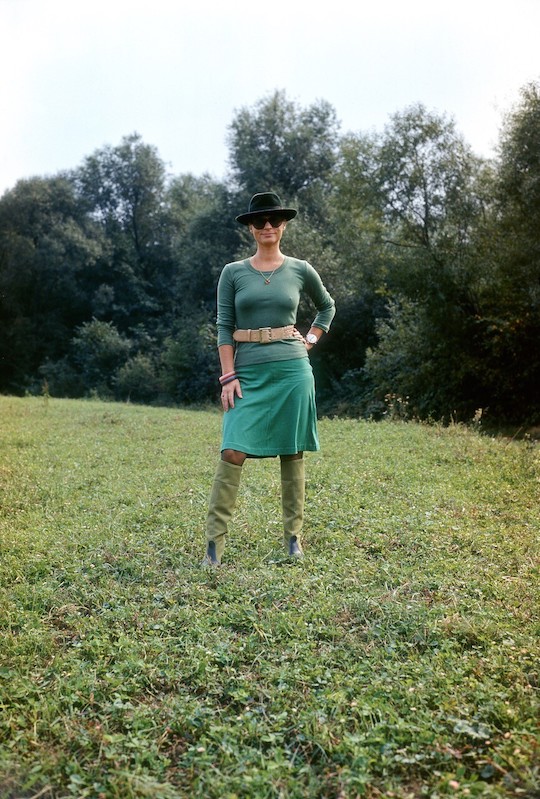