Only the engineers and scientists who are capable of living in mould and producing mould creatively will be the masters of tomorrow.~ Hundertwasser, Mould Manifesto

Homo Sapiens is a pandemic for this planet, and maybe even for other planets in the future. ~ Filip Berendt

In 2009 Filip Berendt completed a series of photographs of mould structures grown and painstakingly manipulated in his Warsaw studio. Over ten years before Coronavirus, Berendt titled the series Pandemic. Now, in the middle of the global crisis, l’étrangère gallery, London launches its new digital viewing platform by revisiting Berendt’s work in order to ask: what happens to art in the face of catastrophe?

Formally influenced by Matter painting – especially those mixed-media works produced during Poland’s political “thaw” in the 1960s – Berendt’s medium-format photographs revel in the aesthetics of the abject: grimy smears, stray hairs, and a multitude of textured marks that bely the flat finish of the printed photograph, or its digital reproduction on the screen of a laptop or smartphone.

The eleven photographs of Berendt’s Pandemic series oscillate between abstraction and symbolism, and from everyday absurdities (a mouldy old orange or the hairs you might fish from the plughole) to grand narratives of civilisation and collapse. 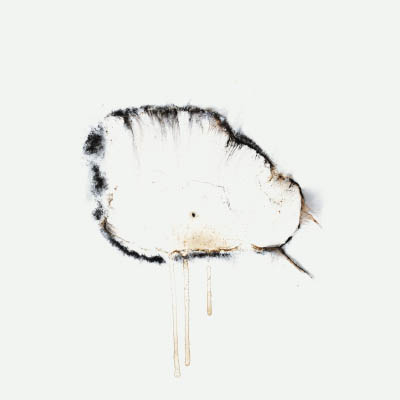