In the midst of the cultural reckoning spurred by the #metoo movement and in the turmoil of infringement on women’s civil rights both in Poland and the US resulting in new political and civil movements on the rise, women activists in the arts haved been continuing their mission while facing new challenges. In what was expected to be the renaissance in feminist movement in recent years, art institutions are still clashing with the old familiar predominant histories, stumbling over old traps of institutional patriarchy and systemic discrimination, thus going backwards to middle ages of the historic feminist waves.

As a response to recent events in both countries, and in honor of Ruth Bader Ginsburg’s unwavering voice in women’s rights activism, the Polish Cultural Institute New York, and Residency Unlimited have collaborated to present two panel discussions in March 2021 for Women’s History Month. Titled New Renaissance in Feminist Art, this mini-series will examine the concept of the body as a political tool of oppression, as well as empowerment combating normative narratives, a point of resistance to systemic discrimination and violence.

In Plato’s Cave, a shadow may seem more knowledgeable than its source. As witnessed in the current polarized socio-political and cultural discourses, the lurking Plato’s Cave shadows still channel the perceptions of those who do not believe in empirical evidence as a validating point for knowledge. Sadly, what is perceived and accepted as truth is still merely a shadow of the truth. As a result, what was seen as dark ages, now comes forward into light, and enlightenment principles are pushed back into shadow.

Following the narrative in Plato’s Cave, speaking out about fear of the darker undertones of the familiar predominant landscape and the mapping of the body within its coordinates, resistance and distrust in what one sees is still the only way to really see. The iconic work by Barbara Kruger’s seminal 1989 silkscreen, (Untitled) Your Body is a Battleground still confronts the predominantly male gaze, which not only objectifies the body but also contextualizes it into a patriarchal socio-political hierarchy. In effect, the body is politicized, subjected to systemic violence, it becomes a vessel for ideology, a manifestation of political identity, a tool for liberation.

Whereas recent shifts in the US offer prospects for change, Poland and Israel face a new wave of political dissent, offering a fertile ground to move forward, to redefine institutional involvement in feminism of the past decades, and reflect on progression and challenges of women’s activism and their role as institutional leaders in visual arts. In the search for a new renaissance, now its time to rethink how the body continues to channel liberation and resistance.

The 1st panel will be held on International Women’s Day, Monday, March 8, 2021 at 2:00PM. It brings together women leaders of art institutions in Poland and US who will reflect on their ongoing activism and involvement with feminist narratives and its impact on institutional programming. Discussion will reflect on artists practices generationally spanning the 70s, the 90s through now. The body image will be framed as a space for cultural identification in terms of class and race in an institutional setting.

Speakers include Joan Snitzer, professor of Art History and Co-Chair Director of Visual Arts at Barnard College, Columbia University. Joan is also an artist painter represented by the A.I.R. gallery since the early beginnings of the gallery.

Agnieszka Rayzacher, founder and director of lokal_30 gallery, a Center for feminist art in Warsaw whose exhibitions and discursive programs promote artists of all generations, focuses mostly on women artists. Agnieszka is a lead activist for women’s rights in Poland, organizer of SemFem, seminars on current issues in art and feminism.

The panel will be moderated by Jenée-Daria Strand, Curatorial Assistant for the Elizabeth A. Sackler Center for Feminist Art at Brooklyn Museum where she supports the research and organization of numerous exhibitions as well as examines the performative practices within the museum setting.

The 2nd panel will be held on Tuesday, March 30, 2021 at 5:00PM. It will engage two female artists:  Anna Orbaczewska, painter and multimedia artist based in Poland represented by lokal_30 gallery in Warsaw, and Rotem Reshef, action painter based in Tel Aviv and New York, currently artist in residence at RU. They will discuss their engagement with feminist activism as women and artists, and how it impacts their participation, position, and presentation of their work in Poland, Israel, the U.S. (respectively) and across borders. Whereas the idea of the body is manifested in their respective practices, they use contrasting methods, visual language, and mediums.

Orbaczewska renders the body through the subversive lens of baroque and rococo masters’ painters aesthetic. The rapidly outlined female figure is often deformed, distorted, grotesque, evoking dense emotional states, physical abuse, trauma, and confronts perpetuating systemic violence of patriarchal hierarchy. The conventional European landscapes, depicted as beautiful and natural, are often imbued with darker undertones of cynical dark humor that lay bare, the still prevalent in our culture, schemes of convictions and social constructs of love, that often come at resignation from oneself, sometimes even rape.

Reshef reclaims a gestural painting method rooted in American abstract expressionism movement, a style primarily identified with white men in post–World War II. Reshef creates ghostly visual commentary via large-scale immersive painting installations and paintings that relate to the artist’s method of process and action. Often reusing waste from the studio’s activity, plastics, pieces of scrap wood, the paintings are embedded with traces of laborious actions, using natural and artificial materials as vegetation and items of clothing outlining the body and its position within its surroundings.

The panel will be moderated by Sheetal Prajapati, educator, artist and advisor working across the field of art and public engagement. Sheetal is Interim Managing Director of Common Field, founder of Lohar Projects, Faculty member at School of Visual Arts’ MFA Fine Arts program, and the Board Chair (2021 -2023) of Art + Feminism.

To deconstruct the shadows of art history, major US art museums such as MoMA and Whitney Museum of American art, are clearly redefining their collections which involves including works by a higher number of women artists and establishing programs calibrating a new look on feminism then and now. Art institutions however are still disproportionately representing and favoring white men, in their curatorial programs, collections, and wages. Female body (women’s labor) is invisible to the public eye in institutional hierarchies in Poland, Israel and the US in terms of social, class, and race structures, hiring strategies, work promotions, disparities in salaries among museum staff, etc. At the same time, feminist narratives populate the press in the arts and social media with trendy new terms like post-#metoo, post-#feminisms. Are they relevant to contemporary discourse in art institutions?

This program is initiated and funded by the Polish Cultural Institute New York, presented and co-organized in partnership with Residency Unlimited, in collaboration with lokal_30, the Brooklyn Museum, Barnard College at Columbia University, Lohar Projects, and A.I.R. gallery.

Curator of Visual Arts and Design 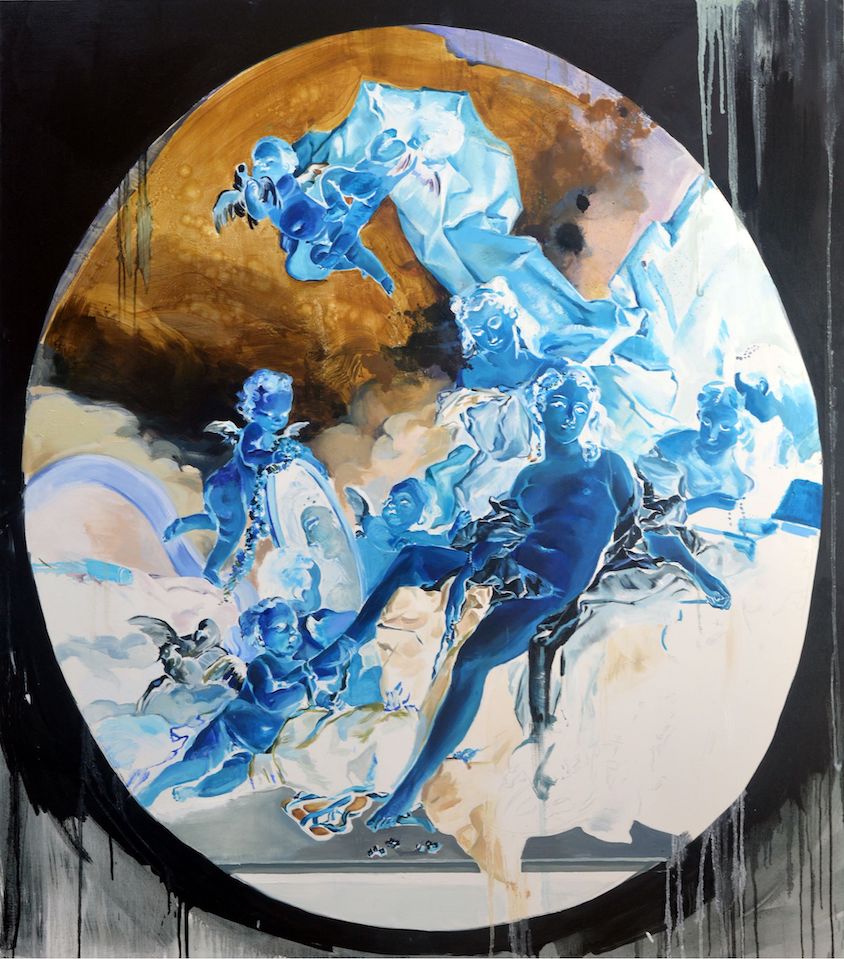