after the opening:
talk with participation of Edmund de Wall and Zuzanna Janin

The exhibition is named after Edmund de Waal’s library of exile installation, now on display in Dresden following its rst stop in Venice. The lib- rary holds over 2,000 books, often in translation, by authors from ancient times until the present day, who were exiled from their homes. It re ects ideas of migration, exile and of conversation in many di erent languages. In the exhibition, library of exile is accompanied by two other extensive in- stallations and the hand-crafted Damascus Room. They look at di erent aspects of the fundamental questions of home, homelessness and memory, life between cultures and hospitality.

Edmund de Waal 1 Meissener plate from
Sammlung von Klemperer
The 18 plates from a Meissen table service dating back to c. 1760 are haunting testimonies of displace- ment and loss, as well as restitution and reconcilia- tion. They are part of the estate of the Jewish von Klemperer family, who ed from Dresden in 1938 and whose collection was con scated and handed over to the Porzellansammlung (Porcelain Collec- tion). The plates su ered extensive damage during the bombing in 1945. After the war, some complete pieces and numerous shards were discovered and eventually returned to the family. Edmund de Waal bought them the plates at auction, and asked Ja- panese artist Maiko Tsutsumi to reassemble them using the traditional Kintsugi method of mending with gold lacquer.

Zuzanna Janin
Corner I und Corner II
Born in Warsaw, artist Zuzanna Janin’s works focus on identity and home, drawing inspiration from her personal experiences. Her family home in Warsaw was ravaged during the Second World War. Since the 1990s, she has frequently used light silken ma- terials for her artworks, which are inserted into the exhibition space like an architectural structure. Visi- tors can walk through the silken spatial sculptures and feel how changeable and unstable the places we call home can be.

Mark Justiniani
The Well
Filipino artist Mark Justiniani’s work The Well sug- gests a space extrapolated to in nity by re ections, in which illusion and reality blend into one. At this year’s Venice Biennale, Justiniani was the featured exhibitor at the Philippines pavilion with an extensive installation, also dedicated to in nite re ections of humanity and its environment. In the work produced exclusively for the Japanisches Palais (Japanese Palace), a stack of books – symbolising knowledge – represents the spine of the human life cycle.

Damascus Room
On the rst oor of the Japanisches Palais, the Mu- seum für Völkerkunde Dresden (Dresden Museum of Ethnology) gives visitors a look behind the scenes of the Damascus Room restoration process, before the complex project is completed next year. The reception room of an old Damascene town house built in 1810 is a collective space, in which an entirely new cultural context is being recreated and which builds bridges to Syrian communities in Dresden ‘in the diaspora’. 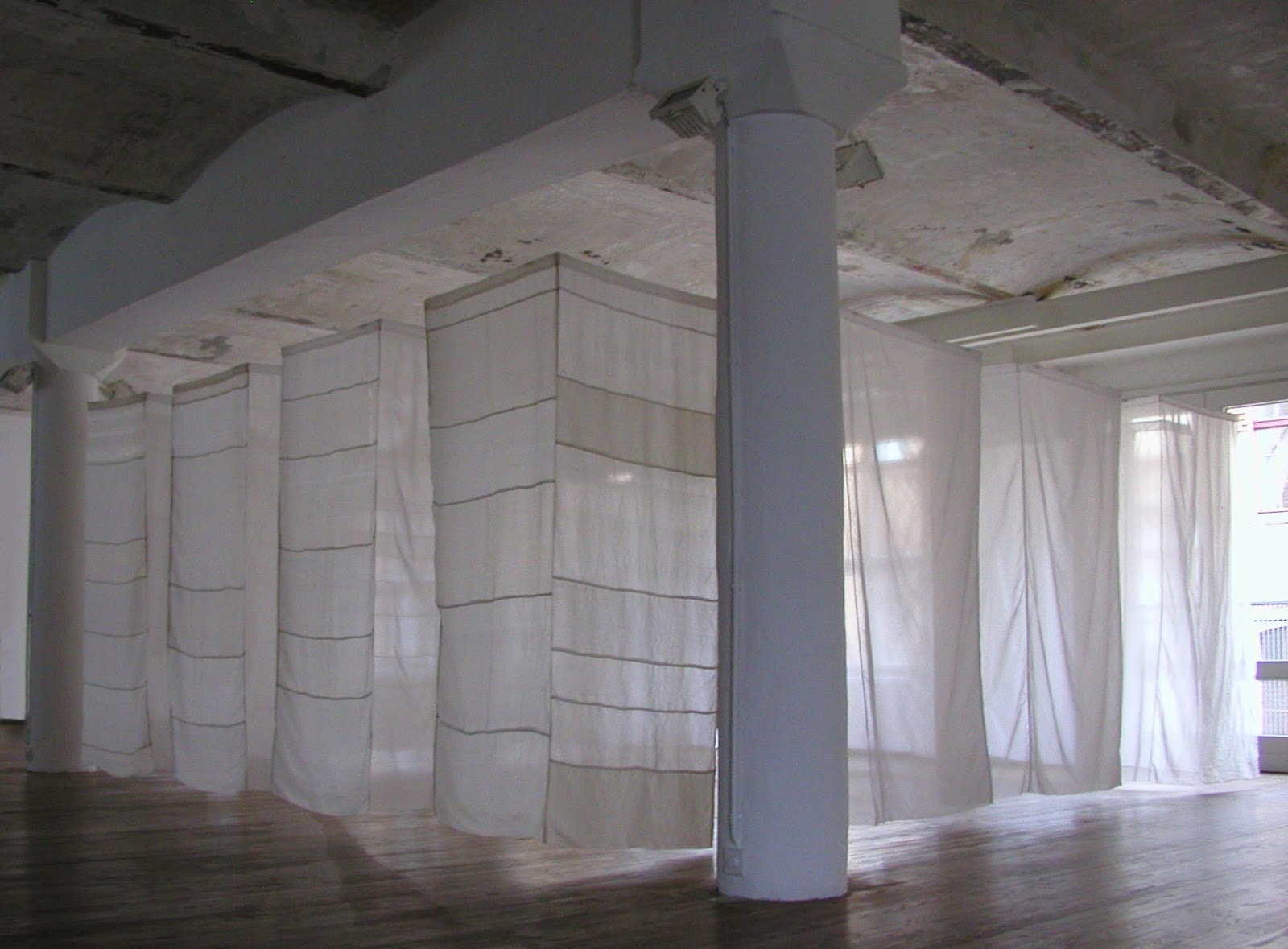