A.I.R. Gallery presents Sleepless in Warsaw, a group exhibition of Polish and Ukrainian artists and the fruit of many years of collaboration with the Warsaw-based gallery lokal_30. As part of an exchange between the two art venues, this exhibition at A.I.R. is presented alongside Lather, Rinse, Repeat, an exhibition of A.I.R. artists on view in Warsaw from June – September 2022.

Sleepless in Warsaw showcases Polish and Ukrainian artists representing a number of generations: from the doyennes, such as Natalia LL and Jolanta Marcolla; to mid-career artists, such as Zuzanna Janin and Monika Mamzeta; to artists from the younger generation, such as Jan Możdżyński and Liliana Zeic.

Sleep disorders are said to be some of the most frequent afflictions suffered during the current pandemic, which has already lasted for more than two years. The internet is ripe with advice, friends recommend tried and tested methods to one another, and it seems each minute a new social media post asks, “What do you do when you cannot sleep?” The war in Ukraine has added an even more real dimension to our uncertainty and sense of threat. Sleeplessness results from anxiety around and fear for the future, not only our own, but also the future of humankind. Metaphorically speaking, sleeplessness can also be seen as a state of hypersensitivity, an inability to come to terms with the existing order, or rather disorder, of the world.

On another level, this exhibition seeks to summarize more than fifty years of feminist art in Poland. This thread relates to the eponymous sleeplessness and attempts to alleviate its causes. Feminism is seen by these artists as a broadly understood social movement, the goal of which is not only to achieve equal rights for all living beings, but also to ensure the future of the planet and worthy lives for its inhabitants.

The exhibition is divided into three sections: the first features new works created during the last dozen or so years; the second includes pieces originating from the period of democratic and capitalist transition in Poland; and the third showcases works from the 1970s and early 1980s.

This project is co-organized with the Polish Cultural Institute in New York and made possible by the generous support of the Richard Lounsbery Foundation, the Trust for Mutual Understanding, the Capital City of Warsaw, the Adam Mickiewicz Institute, and Beach64retreat. 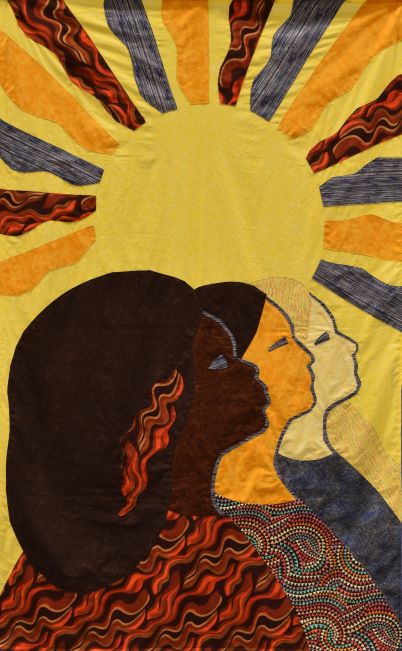